In a book originally put together by Hunter Davies in the late sixties called The London Spy - A Discrete Guide To The City’s Pleasures, there are two chapters written specifically for gay and lesbian visitors to London. The first, entitled ‘Men For Men’, notes around twenty venues where men could meet ’soul or bed-mates and/or escape the attentions of the fat girls with whom you flew over on your chartered 747′, one of which, under ‘non-dancing clubs’ was called Gigolo at 328 King’s Road (now a carpet shop) and was described by the book as an “Aptly named, hot, incredibly packed coffee bar. A frotteur’s delight. Lots of Spanish waiters and terrified Americans. The Rolls-Royce outside could be the one to whisk you away from it all.” However in the ‘Women for Women’ chapter, written by the novelist Maureen Duffy, there is mention of just one venue - the famous Gateways Club.
The Gateways had been in existence at 239 Kings Road on the corner of Bramerton Street in Chelsea, since the thirties. It became more or less exclusively lesbian during the war when the anonymity and proximity provided by the khaki or blue uniformed women who came to work in London suddenly meant that a far greater number of women, of a certain persuasion, needed somewhere to go they could call their own. 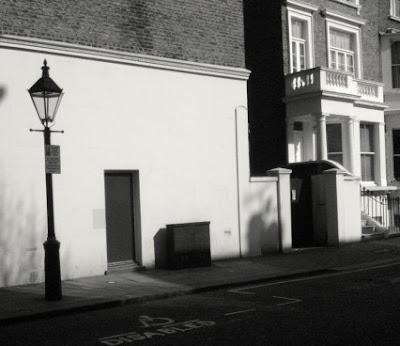 A man called Ted Ware took over the club during the war, purportedly winning it in a poker game (”I raise you my lesbian members-only club…”). Ten years later he married an actress called Gina Cerrato in 1953 and she soon took over the running of the club. She was joined after a few years by a butch American woman called Smithy who originally came to England as a member of the American Airforce, but after an arranged marriage in the early sixties, she stayed in England for the rest of her life.

The membership fee during the sixties was just ten shillings (50p) and no guests were admitted after ten o’clock to discourage people who had spent their money elsewhere. Maureen Duffy explained that ‘rowdies or troublemakers’ were often banned immediately. This, at the time, was more than just embarrassing, it was unbelievably inconvenient - the nearest alternative lesbian club would have been in Brighton, travelling to which would have made a social life far too expensive to afford.
Dining out with a girlfriend, even in the sixties, would have also cost too much for most women (who would have usually been earning far less than men for even comparable jobs in those days). It’s easy to forget that women wearing trousers were often still banned from most restaurants at the time, while pubs were still risky places for women unaccompanied by men. For a lot of women, the Gateways Club was the only relaxing and affordable place they had to go.
After entering a dull green door on Bramerton Street, there was a steep set of steps leading down to the cloakroom (looked after usually by Gina) and the entrance to the club. The smokey windowless cellar-like room was but 35ft long and featured a bar at one end which was usually ‘manned’ by Smithy. Entertainment was a fruit-machine by a pillar in the centre and a jukebox opposite the bar. It was never known whether Gina and Smithy were a couple (Ted eventually died in 1979) but many suspected they were 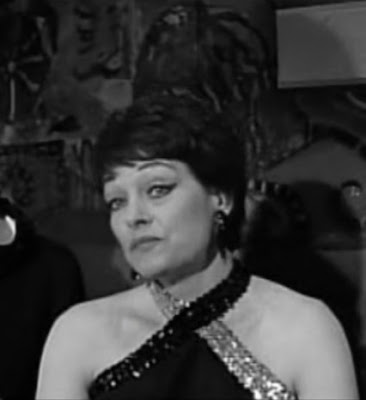 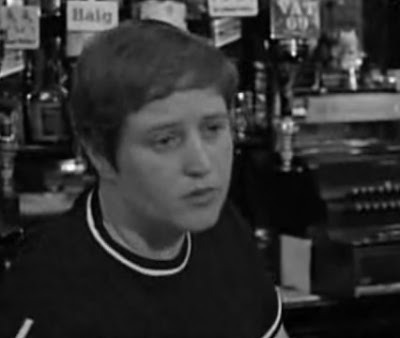 .
During the eighties the club became quieter probably because other lesbian and gay venues were opening in London, and eventually Gateways only opened at weekends. The local neighbourhood in Chelsea was also becoming more and more upmarket and the club lost its late-licence in 1985 due to complaints about loud music. Not long afterwards the famous green door was subsequently closed for ever.
Between the 9th and 16th of June in 1968 The Gateways club became internationally famous when it appeared as a backdrop to many scenes filmed for The Killing Of Sister George, a movie starring Beryl Reid, Coral Browne and Susannah York. In 1960, York, a starlet at the beginning of her acting career and newly married, lived in a house at World’s End in Chelsea just a few hundred yards from the club but it’s reasonably safe to say that, even if she knew it existed, York wasn’t a regular at the Gateways.
Robert Aldrich, the director, whose previous film was the slightly more macho The Dirty Dozen, decided to include actual customers rather than extras when they filmed scenes in the club. Gina, Smithy and the regulars performed stiffly and uncomfortably in front of the camera but when the film was released, for a lot of people, this was the first glimpse of a hidden lesbian sub-culture they had ever seen.
http://www.nickelinthemachine.com/2008/07/the-kings-road-the-gateways-club-and-the-killing-of-sister-george.html