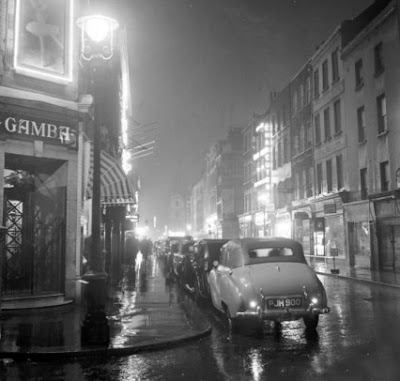 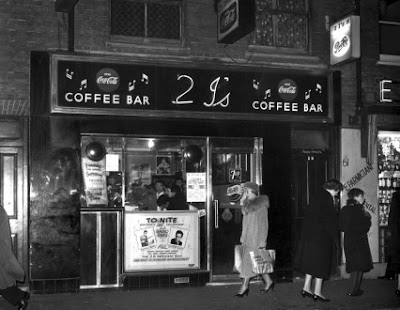 In 1953 the Italian actress Gina Lollobrigida opened the Moka coffee bar at 29 Frith Street in Soho which provided London with its first Gaggia expresso coffee machine. Some have argued that the simple opening of this West End coffee bar was the early morning double-expresso that London needed to kick-start its way out of the grey post-war depression, setting itself up to become the world’s trendiest city in only a decade’s time.
Quickly other coffee bars sprung up around Soho, often providing live music, these included the Top Ten in Berwick Street and the Heaven and Hell bar in Old Compton Street, but the most famous of all, and next door to the Heaven and Hell, was the 2 i’s at number 59.
Almost over night young people, who now for the first time were starting to be known as ‘teen-agers’ had somewhere to go they could call their own. The coffee shops were unlicensed and there was nothing to stop teenagers coming to Soho to listen to music, live, or on the jukebox. If you were young, Soho was suddenly the place to be.